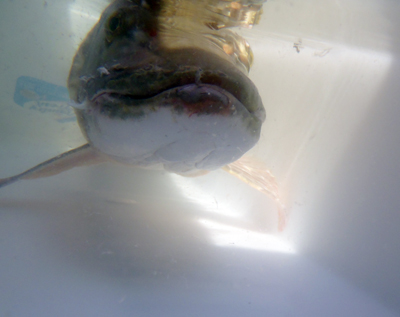 Don is an avid proponent of catch and release for all muskies. This practice has helped Lake St. Clair gain recognition as the premier muskie fishery in North America. Catch and release is a conservation practice developed to prevent overharvest of fish stocks in the face of growing human populations, mounting fishing pressure, increasingly effective fishing tackle and techniques, inadequate fishing regulations and enforcement, and habitat degradation. Sports fishers have been practicing catch and release for decades, including with some highly pressured fish species. All muskies boated on Miller's Motor City Muskies charters, regardless of size, are Catch-and-Release. 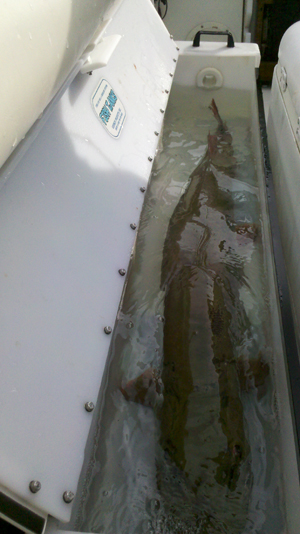 Almost too big for the live well

Making Sure Fish is Okay

Save time. Save Effort. Pay without sharing your financial information.